The individualized approach and advanced diagnostics utilised allows IFN to create, modify and manage patient treatment plans in real-time thereby achieving better patient outcomes.  In our experience, those successful outcomes whilst enhancing the life of the patient also have an enormous impact on those supporting the patient on their healing journey. Recognition of this impact on the support group often creates a wonderful synergy between understanding, hope and clinical neuroscience that is hard to describe but creates a powerful force in the healing process. In an attempt to encourage this synergy we offer free educations seminars or face-to-face consultations to assist patients and their families in deciding if our therapy is the most appropriate next step for them. We communicate our expectation of the patient’s commitment in terms of the level of determination and time required, as well as their financial investment.  Their individualised service begins before we take the first clinical note and generally by the initial consultation we already understand their story and have built a rapport.   We strive for excellence in our treatment team and focus our recruitment and induction processes to ensure that we have the right team in place to deliver excellent care.

Our commitment to excellence in treatment delivery, as well as our core values of empathy, honesty and compassion in interactions with our patients, ensures that the patient experience at IFN is second to none. Our partnerships with universities, medical equipment developers and participation in international research collaborations ensures that our staff will continue to develop professionally and clinically in their understanding and application of our individualised therapies. Treatment fees vary between clinics and are available on request from your choice of clinic by email or phone.

Payment plans and packages are available on request from the clinic of your choice by email or phone.

Patient forms are available for your convenience on request from the clinic of your choice. They will be emailed to you so you can fill them out at your leisure before presenting to the office.

*see upcoming dates and locations below

Our information sessions are designed for parents, patients and professionals interested in the area of neuroplasticity and non-invasive, neuro-diagnostic technologies and treatment programs.

The Institute of Functional Neuroscience uses these evidence-based approaches to assist in optimising the performance of your brain.

Our clinicians and staff will provide an entertaining and informative overview of how The Institute utilises neuroplasticity. They will also discuss the following questions:

Soon To Be Announced

What will my treatment at IFN Involve?

The following are some of our Case Studies. 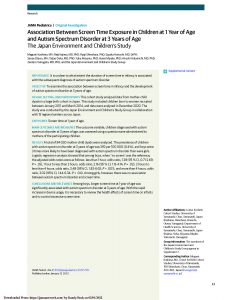 A Welcome Message from the

Executive Director of the
Institute of Functional Neuroscience

On behalf of myself, and all of the clinicians and staff at the Institute, I would like to welcome you to the Institute of Functional Neuroscience’s website.

I hope you will find it both easy to navigate and informative.

I am proud to say that since the Institute’s foundation in 2008, we have become an internationally renowned leader in the application and development of clinical neuroplasticity for the treatment of neurological dysfunction. We are experts in the custom design of treatment therapy approaches specifically tailored for each patient’s unique situation. You will discover that the Institute is an interdisciplinary team of dedicated allied health professionals, who strive every day to inspire hope, create expertise and advance humanity in people experiencing unresolved complex neurological dysfunction.

We have a sterling reputation of providing safe, ethical, effective, evidence-based therapies to the highest standards of excellence, ethics, and personal responsibility, worthy of the trust you place in us when you start care at the Institute.

I hope to see you soon at one of our information sessions or one of our 6 clinic locations around the world. You can find the details of locations, dates and times on the website under the Patient Guide tab.

Please feel free to contact us to answer any questions that you may have concerning your care or the Institute.

A Short Biography of Dr Randy Beck’s Career to Date

Dr Beck has been a guest lecture in the School of Medicine, the University of Western Australia in the school of Psychiatry and Clinical Neuroscience and has previously held positions as Professor in Clinical Neurology at the Carrick Institute for Graduate Studies in Florida, USA and Senior Lecturer in Neurology and Clinical Diagnosis at Murdoch University in Perth, Australia. Dr Beck is the past President of the Australasian Academy of Functional Neurology.

Dr Beck graduated from The University of Western Ontario, London and Canadian Memorial Chiropractic College, Toronto, Canada. He has subsequently completed a Doctor of Philosophy (PhD) focusing on Psychoneuroimmunology.  He has been involved with post-graduate and undergraduate education of allied health and medical students for over 18 years. Dr Beck holds fellowships in both the Australasian Academy of Functional Neurology and the American College of Functional Neurology. He is currently the chairman of the advisory committee of the Australasian Institute of Clinical Neuroscience.

Dr Beck has authored several textbooks, published by Elsevier. The first and second texts entitled Functional Neurology for Practitioners of Manual Therapy and Functional Neurology for Practitioners of Manual Medicine remain the pivotal foundational texts in the field and have been published in both English and Korean. Dr Beck has also authored numerous textbook chapters, journal articles and reviews in peer-reviewed journals.

As well as supervising a large research portfolio for the Institute of Functional Neuroscience, he is an active member of a consortium of international researchers involved with several collaborative projects.

Dr Beck is the recipient of the prestigious Excellence in Teaching award from Murdoch University and the Neurologist of the year award of the International Association of Functional Neurology, Rehabilitation and Ergonomics.

Dr Beck in addition to an extremely busy clinical practice is also a frequent speaker at both international and national conferences, seminars and workshops.

Dr Beck is the Executive Director of the Institute of Functional Neuroscience.